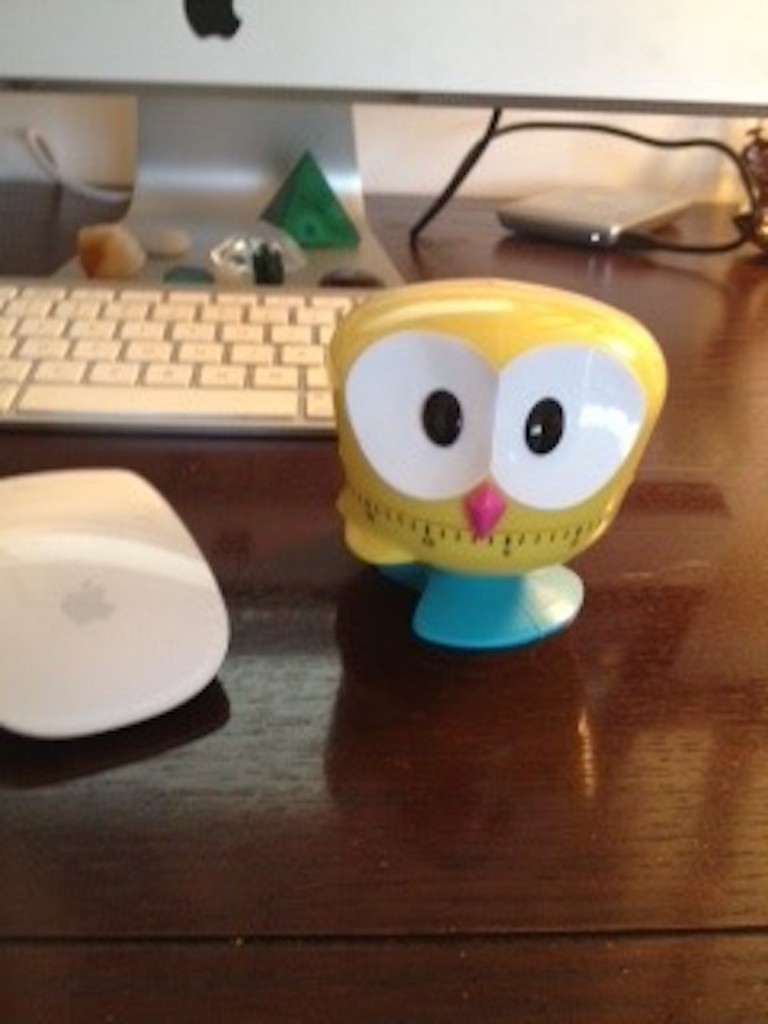 I’ve read two posts on the subject of time in the last two days.

I took it as a ‘sign’ – of something. Just don’t ask me what. So I waited – certain a third blog – somewhere – was being written – and was going to show up in my vast array of links on social nets.

Three times and those who believe as I do in the mysterious ways of the Universe and a random occurrence now becomes a ‘sign’ – after which action must be taken. But again – don’t ask me what action. I hadn’t thought things through that far. I was hoping when the third post arrived I would know.

I didn’t think about writing my own blog even though I haven’t posted since last Wednesday and it was – well – time.  Because quite frankly in the afterglow of my thirty day blogging experiment things got busy. The summer semester at NYU was ending, grades needed to be uploaded and I was preparing for an in-house workshop with a new client. It didn’t seem like I really had the time to write as much.

OMG. Did I just write that I didn’t have the time?

Me – who gets obsessed with this subject. Whose written many blogs on the topic.

Me- who managed to write an entire guide/manifesto on how to create time for your life.

Me – the organized one who has this reputation for getting so much done was flailing. I’d pressed pause to regroup and seem to have gotten stuck.

And there I was reading other people’s words who sounded like something I would have said. And should have – except I had convinced myself the time just wasn’t there for me to write. To do what I love.

So I reread what David Meerman Scott wrote. And Mitch Joel. And I stopped waiting for my ‘sign’.

I set the timer and I started writing.

The third post on time was supposed to be written – by me – to remind me – that I do have the time and the words to write another blog. I just have to sit down and do it.

I also have to set that timer.