You are here: Home / Mindfulness / Digital Life / Three Good Reasons To Get Newsprint On Your Hands 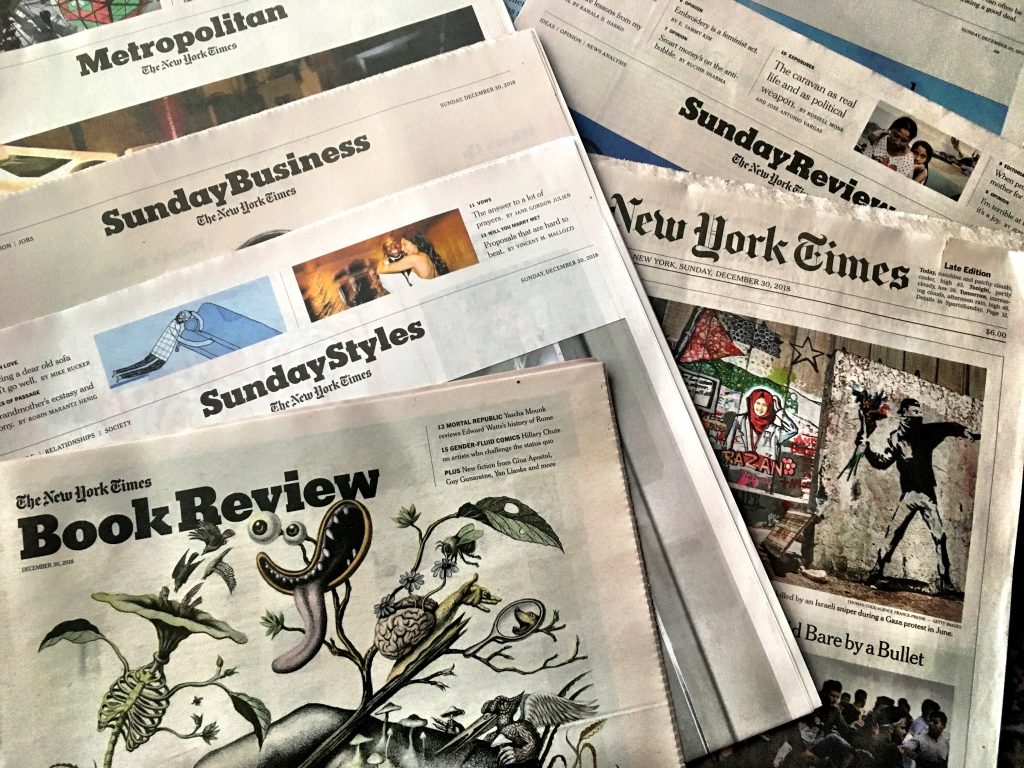 One of the first things I learned when I started selling radio ads was from one of my colleagues. That was to read the newspapers and never to limit myself to just one. This was long before the wide selection of 24/7 cable news channels, social media networks and the Internet that clutter the landscape today. Newspapers, Jon taught me, were more than a source of news, they were also a source of leads.

A small ad in one paper might be a radio schedule. The sidebar that didn’t get it’s own headline article, might give information that a new chain was coming to town that could turn into another schedule. Staying informed, whether it was about what was new and trending in an industry or business in general, would help to make me more successful. I learned to look beyond the obvious and read beneath the surface so I could do as I was taught long ago in high school – to form my own opinions and to base those opinions on solid evidence.

I admit that while I still read multiple publications a day including the New York Times and the Wall Street Journal, I do most of that reading online and far too much of it on my iPhone. That is with the exception of my Sunday Times.

Old habits die hard. Nothing says Sunday to me like a big pot of coffee and newsprint on my fingers while I watch CBS News Sunday Morning with Jane Pauley. And as old school as it might sound, there is still something to be said for allowing your hands to get covered in newsprint and read without the intrusion of commentary from strangers, some of whom might prove to be nothing more than a bot programmed to be contrary.

There is a lot more going on in the world than Trump’s latest Twitter tantrum.

If all you read are the headlines on your Twitter feed it’s easy to forget that other stuff goes on in the world besides the latest antics from the White House. This Sunday I might have missed Michael Pollen’s story about his experience taking drugs or the young genius who at sixteen years old will be graduating from high school in Kansas and Harvard University at the same time or that Egypt killed 40 suspects of being militants in North Sinai and Giza.

Algorithms do not influence what I choose to read.

No matter if it is The Wall Street Journal or The Washington Post, even when I am reading on my app, preference to what I get to see first is determined by what I’ve already read and that decision is made by a computer program known as an algorithm. The assumptions are based on giving me more of what it appears I already want to read.

This week those algorithms might have prevented me from learning that Samantha Barry, the Editor-in-Chief of Glamour is hardly a fashionista and requested that all clothing reviewed is $500 or less and requires showing a price tag or that Deepak Chopra drinks coffee, not tea to start his day.

If all I get to see and read is based on what I’ve already viewed and read I’m less likely to find the stuff I didn’t know that expands how I see things. For example, if I only check out sound bites in a Facebook feed, I might  have believed that Jack Klugman died today and not in 2012 or not be open to data that suggests there are more Republicans that believe in climate change than is being portrayed.

Yes, it requires me to wash my hands after use and it might kill a tree or two in the process, but on the other side of that coin we have yet to determine the amount of long term effects EMFs from our WIFI enabled world will have on the atmosphere and our health. Besides, it helps support the free press and good journalism.