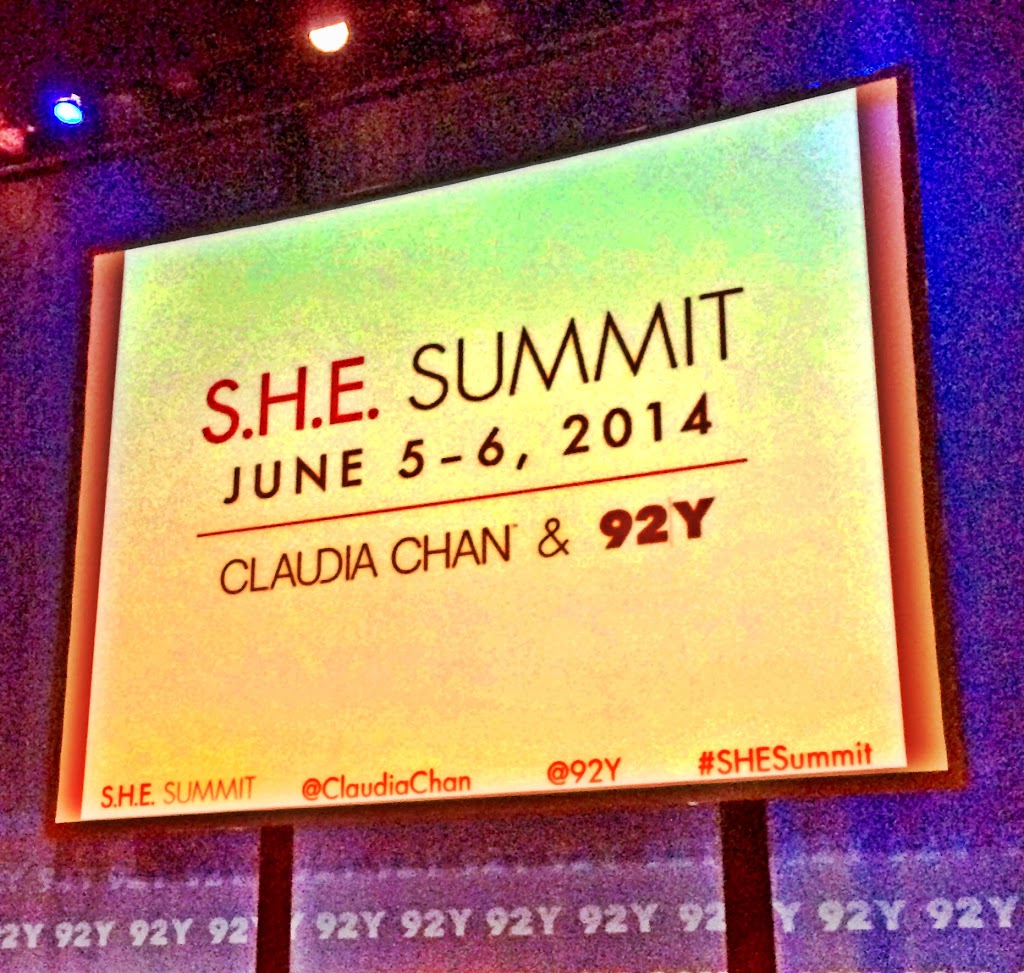 When you go to a conference like the SHE Summit you leave with a lot of things. Renewed connections. New contacts. Ideas. A goodie bag. A pile of notes. And a lot of inspiration.

The writer and the teacher in me is always looking for themes. Especially ones that circle back to the work I do. So when I hear people like Norma Kamali, Mariane Pearl and Kelly Rutherford reiterate the power and importance of sharing our story and how technology allows us access to more story, I admit to getting a bit tingly.

Or when Margaret White discusses social media with Krystal Ball and how it is a platform through which to drive change, I can barely stay in my seat.

I know things have changed when not one, not two, but three people with Greek names as difficult to spell and pronounce as mine grace the stage – Eleni Gianopoulos of Eleni’s Cookies, Evy Poumpouras, former Secret Service Agent and on-air Security and Investigative Analyst and of course my good friend Agapi Stassinopoulos, inspirational speaker and author of Unbinding the Heart.

But I also know they haven’t changed enough when the conversation continually turns to the fact that as far as women might have come from the days of Marlo Thomas’ character in “That Girl” (yes – she spoke too and I was a bit star struck!) we haven’t come far enough. Whether it was Geraldine Moriba of CNN or Ambassador Samantha Power sharing their stories or Justine Aitel, head of Cyber Risk at Dow Jones discussing the need for better role models so young girls will go into technology – the consensus was clear.

Change is happening – but not everywhere – and not enough.

This past Sunday the NY Times reported the list of the 200 highest paid CEOs and only 11 were women.

Which gives pause that there is still much work to do.

Which takes me back to Krystal Ball’s conversation with Margaret White. In 2014 that step can be as small as optimizing the impact you – just one person – can have using a social network like Twitter.

Twitter’s influence is disproportionate to the amount of people who actually use it. And it’s no secret that the Media is using it to find their stories. Turn on any show today and they’ve figured out a way to incorporate Twitter into the mix  or at the very least report on what Twitter is saying.

So use it. Tweet something relevant or useful. And occasionally funny. Share something someone else tweeted. Listen to what else is being shared. And see what you might influence.

At the end of the day on Thursday, Claudia Chan, the creator of the SHE Summit announced the event was trending on Twitter in NYC. I’d like to think at least one or two of my tweets contributed to this event getting the attention it deserves.

That’s what taking a step or a tweet can do. And as Marlo reminded us – one leads to another and to another. That’s how you influence in a digital age. That’s how things change.