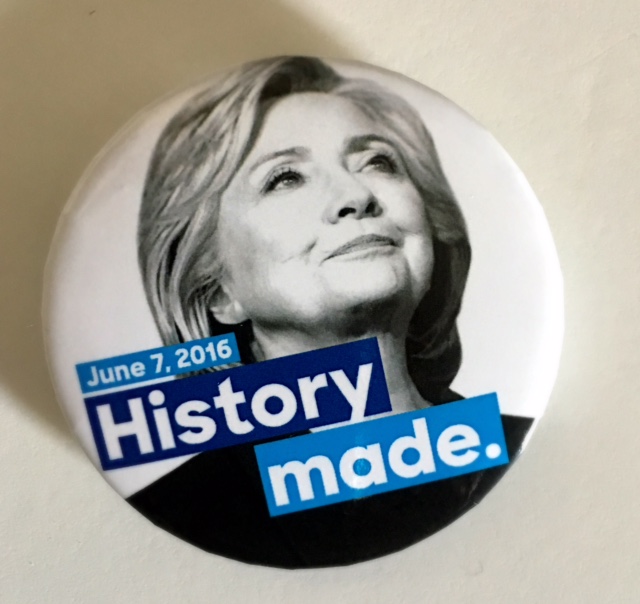 Most days since Election Day it feels like it did after my father died.

I would go about my daily life and temporarily forget this awful event had occurred. Then something would trigger an overwhelming wave of nausea that reminded me that my life had taken an unexpected turn and there was no going back.

That was thirty years ago. I learned alot then.

Like how to move forward when all you really want to do is crawl into bed and pull the covers over your head and what to do with the rage and anger that would bubble up uninvited and at the most inopportune times. I learned there would be things in life I couldn’t control, but there was a lot I could. And I learned there are always lessons to learn when the bad stuff happens.

That’s where I am once again.

As the world tries to find what went wrong that we were so blindslided – whether it was bad data, the media bubbles we’ve created with the help of social networks like Facebook and twenty-four hour one-sided cable newschannels, the gerrymandering of electoral districts, the Russians or the deep seated sexism in this country that still prefers a less qualified man to an over qualified woman, there is one thing I am quite certain Hillary Clinton could have done better.

It’s something that women historically have not done well. It’s working on our personal brands.

We’re not taught to be self-promoters.

If anything we’re taught just the opposite – let others (ie: men) take the spotlight, be the good girl, get the high grades, keep our heads down and trust that our efforts will get noticed. Until one day we wake up and see that this is a fairy tale we’ve bought into hook, line and sinker just as we did the one about Prince Charming riding up on his white horse to rescue us.

Hillary Clinton was never a self-promoter.

It never came easily to her. She was a work horse. She got things done and she did them well. It was so obvious to her what she was doing that she felt no need to have to point it out to others. The work was what was most important to her, not the accolades. And when she made mistakes, which she did, she never did what men do – spin the story to her advantage.

This election is a big wake up call on many levels. This is one of them. If as women we want to advance and create change, it’s not enough to just have a great track record. We have to make sure others know about it. We need to do some selling. We need to work our personal brands the way men have done throughout history. We need to learn from Hillary.

Control your story or someone else will
Marketers and PR people know about controlling the story. It was something I learned in my early days in Radio. I had to tell the story of what I wanted people to know about my radio station the way we wanted it told or our competitors would hijack it. It took me decades before I saw how the same thing applied to my career and my personal brand.

Hillary lost control of her story thirty years ago when she was first lady of Arkansas and remarked that she wanted to do more than bake cookies. Women who wanted to stay home without an outside career took offense and a Republican backlash that would span until this day took hold. Hillary did very little to do what branding experts and marketers do – figure out how to turn that to her advantage.

This is more true than ever before in a digital world where if you don’t take control of your story, Google and the social networks will.

The meritocracy is a myth
This idea that if we do good work, it will get noticed and there is no need to wave a flag and point it out is nothing more than an idea. It is not reality. It is the myth of the meritocracy.

Women are taught to be modest. We naturally couch our accomplishments with phrases like, ‘oh that was nothing’ or ‘it’s no big deal’ while men naturally make it bigger than what it was.

Hillary has a long career of stellar accomplishments, but because she was late to the party pointing them out and did little to take back control of the story she lost so long ago, all we heard about were the times she wasn’t so perfect. She was challenged by a master spin doctor, ironically the epitome of the character Alec Baldwin played in Glengarry Glen Ross.

Good work helps. But it’s not enough if no one knows about it.

Learn to brag
As women, this is not a skill that comes naturally. Over two thousand years of patriarchal subjugation has indoctrinated in us that we are supposed to do our work, speak when spoken to and try not to solicit too much attention. Bragging sounds ugly and something unbecoming to ‘ladies’.

But there’s a difference between boasting based on lies and untruths, which is what Donald Trump did repeatedly and in pointing an arrow at and owning your accomplishments and your strengths in a brag. People only hear what you tell them. And if you tell them nothing, that’s what they hear.

I understand the discomfort. It goes back to everything I’ve already said about the way women have been raised to be. The spotlight is a foreign being. Personally, it took me a very long time to get comfortable standing in front of the room. I still get uneasy when speaking to a new group. But I’ve learned to relax into it so once I get started people see who I am, not who I think they want me to be.

Be who you are – not who you think they want you to be
I was one of those women in the eighties wearing suits with shoulder pads that made us look like line backers and blouses with ties around the neck to mimic those of men. While we are long past those outfits, most of us still write our resumes and our story based around who we think we need to be to fill the job, not who we really are. We have played the game to date being who we think they – as in the men in control – want us to be. My experience has taught me that while it can work in the short term, it never works in the long term. Especially in a 24/7 digital world.

Risking authenticity as women means acknowledging we cry and have empathy that exceeds beyond the bottom line. It also means we will be ridiculed in a way men are rarely subjected to.

That’s not a place where most of us choose to go.

But that is exactly what we must do to help heal this badly damaged world. We need to own those parts of ourselves. They are as much a part of our personal brand as the jobs we’ve held and the schools we’ve graduated from. Until we are okay with that, no one else will be.