You are here: Home / Archives for Greek Ancestry 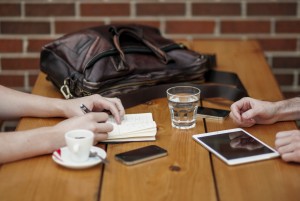 I was raised by people who liked to talk to strangers. The combination of their Greek ancestry and the fact they were both born and raised in the boroughs at a time when neighborhoods in New York City were truly small towns developed in both of them an ability to strike up a conversation with […]