You are here: Home / My Writing Life / How Trump Is Interfering With My Writing Habit 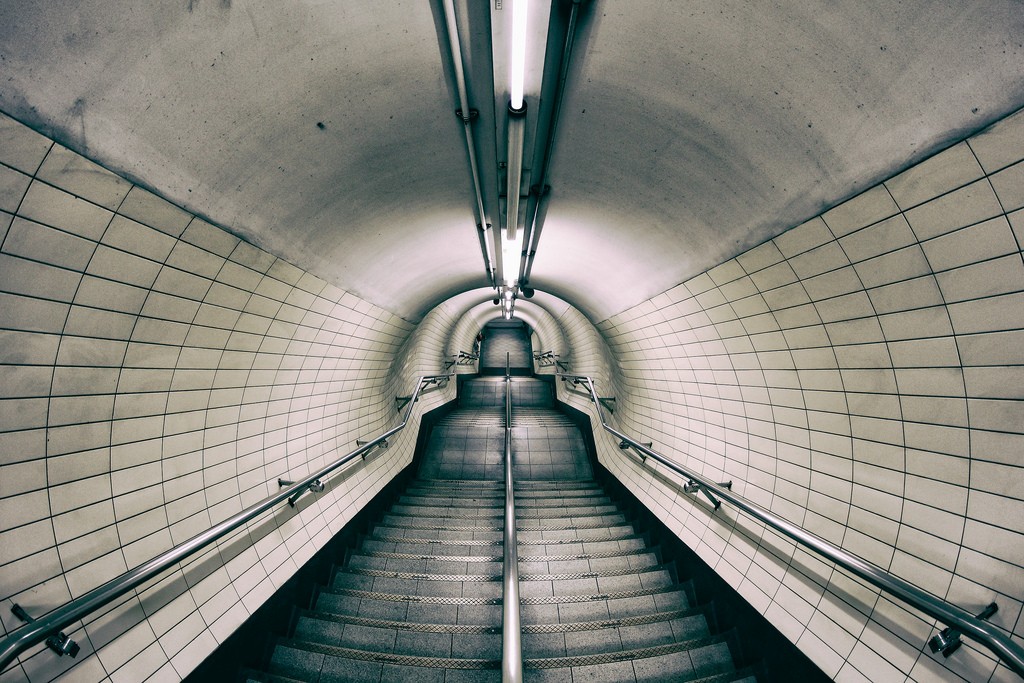 Every day I try to write. I wake up with the intention of sitting down and focusing on one of the half dozen or so unfinished drafts I have sitting in my Scrivener queue, posts about the new Amazon store, what to know before you hire a web designer and FAQs about personal branding and social media, the kind of topics people come to my website to read about and then something happens. There’s a tweet or a Facebook news clip of some fresh new horror coming out of the White House and slowly but surely I fall down the rabbit hole of distraction. I try to avoid that journey but I’m not always successful.

I pretty much avoid television news unless it’s presented in comedic form by a Stephen Colbert, John Oliver or Samantha Bee. While I do monitor my social media time I don’t have the luxury of shutting it off completely. It’s my business and it’s what I teach at NYU. Checking social media is part of my work day. Besides I don’t believe sticking your head in the sand will change anything. Like Wonder Woman I choose not to sit on the sidelines and feign ignorance.

This morning it was this tweet from Potus bullying Senator Lisa Murkowski for doing her job and representing the people who elected her into office.

Senator @lisamurkowski of the Great State of Alaska really let the Republicans, and our country, down yesterday. Too bad!

That was followed by an announcement that he would ban transgenders from serving in the Armed Forces.

After consultation with my Generals and military experts, please be advised that the United States Government will not accept or allow…… — Donald J. Trump (@realDonaldTrump) July 26, 2017

….Transgender individuals to serve in any capacity in the U.S. Military. Our military must be focused on decisive and overwhelming…..

….victory and cannot be burdened with the tremendous medical costs and disruption that transgender in the military would entail. Thank you — Donald J. Trump (@realDonaldTrump) July 26, 2017

This from a man who avoided being drafted into the Vietnam War because of bone spurs on his feet. All of this while the Senate is trying to take away health care from millions of Americans who need it.

I try to plow through it. I break to meditate or tap or get some exercise in. I drink lots of water and squeeze in a nap when my workday allows it. I do what I need to for my clients and sometimes I forget he really is President,  but I’m never able to escape the feeling of this dark cloud hanging over our collective heads reminding me that all is not right with the state of our union.

I wait for that one  utterance to come out of Potus’ mouth that will be the game changer  for those who continue to support him, but it never seems to happen. You’d think a sitting president encouraging a group of Boy Scouts to boo a former president would be the knife in the coffin, but then it’s not. Another day arrives, another fresh dose of embarrassment for this country, another day with an unfinished blog.

Last weekend when I headed out of town on the Hampton Jitney determined to quiet my smartphone and my mind, the man sitting next to me called a friend when they announced Scaramucci was the new Chief Communications Director to discuss “Mooch’s” decision. Even there I couldn’t escape the Trump chaos machine. Technically you’re only supposed to use the phone on the Jitney for emergencies. I guess this was what he deemed an emergency.

These are trying times, arguably the most trying times I remember in my adult life. I was a fourth grader when Jack Kennedy was assassinated and a teenager when Bobby Kennedy and Martin Luther King were gunned down. I watched nightly the names of soldiers killed in Vietnam scroll across the television screen. I watched Nixon resign. I came of age when protesting was a daily occurrence. I was in New York City on 9/11. I am no stranger to times of unrest, yet this feels worse. Perhaps because in this case, there’s no end in sight. Eventually after 9/11 that feeling of being on alert subsided. Now it seems to grow each day. What’s even worse is that there is no person in authority to calm the masses. That person is the same one who is creating all the havoc and chaos.

So I don’t write even though it feels good to write. Writing is what allows me to breathe fully. But it’s hard to do that these days. Like many I’m going around holding my breath in dread of what craziness will come out of his mouth next.  When I do sit to write I try to focus on the things people expect me to write about when they come to my website even when what is coming most easily is writing about the madman sitting in the Oval office and the incompetence he has surrounded himself with.

After 9/11 the wisdom was if we started living our lives in fear the terrorists had won. We were encouraged to go about our lives as we normally had, even if “normal” no longer existed.

So it seems the only answer for me now is to write. No matter what comes out. It’s an experiment in branding that I probably would not advise to a client. But since everything seems upside down at the moment, I’m giving it a whirl.