You are here: Home / Mindfulness / Personal Growth / Inspiration / What I Don’t Do Enough Of 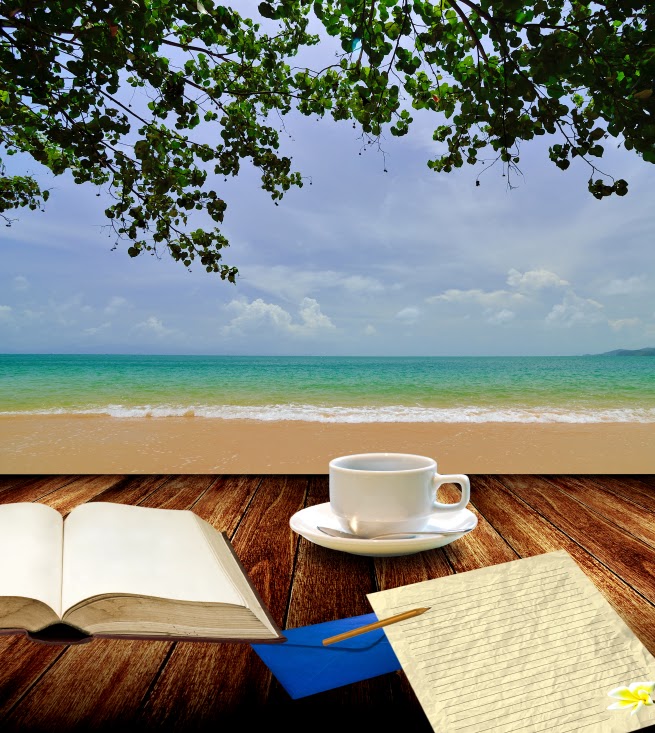 There are a lot of things I do not do enough of. I don’t exercise enough. I don’t pick up the phone enough to call my friends as much as I text or email. I don’t visit museums enough.

Most importantly I don’t write and read enough.
The definition of enough is nebulous –  “as much or as many as required.” What is enough for someone  is too much for someone else and too little for yet another. Which means that while I may think I don’t do something enough – from where you sit it may look like exactly enough.
Enough is a judgment call. While I like to think I don’t judge, I do. Mostly myself, for not doing enough.
Over time I’ve learned to recognize the symptoms of not enough for me.
I know I am not writing enough when my soul feels hollow. When there are words caught in my throat and my energy wanes. When I feel I am not being heard and I know it is because I am not  saying anything. When all I want to do is lay on the couch and watch something mindless on television – including the commercials.
I know I am not reading enough when I am left uninspired and disconnected and when I can’t or don’t  write. Reading used to hex me into not writing until one day it began to inspire me to write more – to be as good as the author whose book I finished and sometimes to recognize that – yes – my writing is just as good as theirs.
My writing does not yet garner enough income to pay all the bills. Yet being the operative word. But when I am busy with my other stuff –  the stuff that does pay the bills, I label reading to be a luxury I have no time for. Writing is something I start fitting in as opposed to prioritizing.  While I am aware on some level that I am not feeding myself enough of the fuel I need to be my best and most passionate self, the dance sustains itself.
Until something happens to break the pattern.
I read.
And when I say read, I don’t mean Facebook posts or Tweets. I mean books. Fiction. Non-fiction. Like the one I just finished by Claire Cook.
I mean reading something that matters.
I’ve followed Claire’s path since I left corporate. For a long time I wanted to be Claire. Even though Claire’s married with two grown children and living in Atlanta life and writing is nothing like my own.
I wanted to have Claire’s success. I aspired to have my novel made into a movie and walk the red carpet.

I no longer want to be Claire. I want to be me. But I would still like that success. Yet it won’t happen – it won’t have a shot in hell – if I am not writing.
Every time I read Claire’s very simple formula for turning out as many novels as she has (which she very wisely repeats throughout the book in case you are not paying attention) I heard the little aHa in the back of my brain.  Two pages, every morning before anything else. Times Roman. 12pt. Double spaced. Seven days a week.That’s roughly 500 words of which I have already exceeded here.  Not that hard to accomplish if one is disciplined enough not to let Twitter get in the way.
It’s not like I had never heard that before. I have. I’ve done morning pages. I read The Artist’s Way. I know the power of discipline. In fact I have written about it in my own book on creating time. I also know that discipline to what is most important to fuel our souls – requires discipline.
Claire’s book did not tell me anything I did not know already. Yet that did not make it any less worthwhile to read. Books like this one are meant to inspire and remind you of the things you’ve let yourself forget. Just like the characters in her novels do – the easy, breezy beach reads that transport, make you smile and just when you least expect it make you go aHa!
Claire inspired me to start today writing first – before anything else. Right here in this Starbucks on Broadway and 63rd Street, as the morning crowd forms around me.  She reminded me that reinvention – like just about everything else in life is not a destination but an ongoing process of tweaks and turns and is not for the faint of heart. Most importantly she made me see that somehow in this crazy, circuitous path of reinvention I have created these last years, of late I have not been doing enough of the things I love and crave and need to sustain myself the most.
It may not yet be enough (there goes that word again) to pay the bills, but it is necessary to fuel my soul and free me for what does. 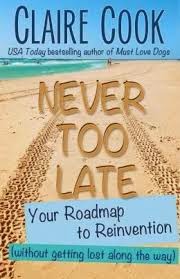 Claire’s latest book and first non-fiction is Never Too Late: Your Roadmap To Reinvention. An inspiring and anecdotal account of her own and continuing journey of reinvention, complete with good advice and useful tools. #recommendedreading