You are here: Home / Business Advice / How Chopt Salad and Seamless Are Using Social Media As A Customer Service Tool 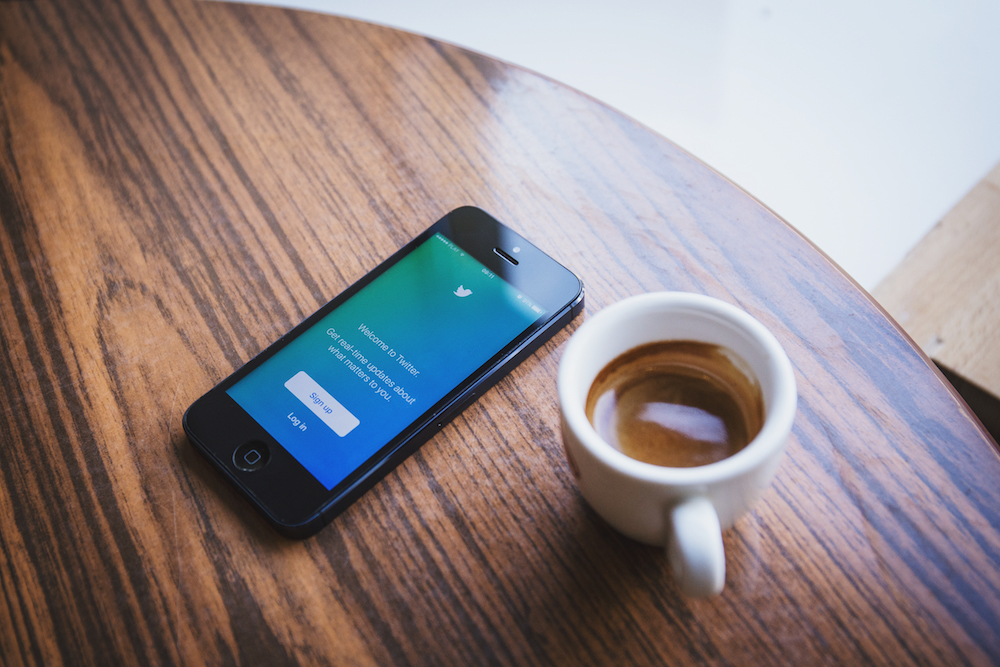 After a few relaxing and social media free days at the beach I returned home to an empty refrigerator. With the exception of a few tired looking celery sticks and a bottle of vodka, you could hear an echo inside of it. I had a busy morning planned for the home office and a 2PM conference call which left me no time for a run to the grocery store. So in an effort to be efficient with my time I ordered my lunch from Chopt Salad through the Seamless App – or as a friend of my fondly refers to it – room service for the home bound.

I placed my order at 11:30AM and was given an expected delivery of 12:30 -12:40PM which worked perfectly. I could get another hour of work in and break for lunch with ample time to get ready for my call.

At 12:40 there was no food. I was surprised. I’ve used Seamless more times than I can count and order from Chopt regularly and rarely experience any delays. It was lunchtime. I understood they might be busy, so I gave it some more time.

At 12:50 there was still no food so I called the number of the Chopt location on the email confirmation. I was put on hold for seven minutes before I hung up. Then I was put on hold for another seven minutes while they tried to locate the delivery man. The third phone call promised my food would be there in “five minutes” but five minutes passed and there was still no food.

I was not a happy camper. Plus I was really hungry which was making me really cranky and I no longer had time to run out and get something to eat before the conference call. I wanted my food. I wanted help. I wanted someone to fix this problem. So I did what I do when I am looking for customer service in the digital age and can’t get it anywhere else, I tweeted out my situation to take my mind off of my growling stomach.

Faster than it took to get anyone to answer the phone at the location, I got this back from Chopt.

Not long after that, I received this response from Seamless.

And then, at 1:45PM, a full hour after it was supposed to show up, my food arrived. As a customer I was happy. I had been heard and action was being taken.

But as a marketer, I was equally impressed with how they were using Twitter as part of their customer service and social media strategy.

Here’s what both Chopt Salad and Seamless did right.

√ Both companies were using social media to listen. Everyone thinks social media is only about talking, but like any good conversation that also requires listening.

√ Both companies responded in real time. I’ve exercised my tweets before in this fashion and sometimes it can take a good twenty-four hours to get a response. Timeliness is important.

√ Humans were involved. I’ve no doubt both companies are using a listening tool that pings them when someone is talking about them on line. However, it was clear that rather than offer an automated response that promised to look into it, there was human intervention.

√ Both companies, took the conversation out of the Twitter feed. One invited email and one invited direct messaging through Twitter.

√ Both companies made it good. Each offer me a freebie to compensate for their error and my inconvenience.

Mistakes are going to happen – especially in a service oriented business such as food. However in a highly competitive marketplace and a digitally connected world  how a company handles a mistake will determine whether you will lose a customer to a similar brand or service or keep one. It can also determine whether a less than favorable experience will escalate into a nasty Twitter storm or be handled – well – seamlessly.

Social media is more than marketing and collecting leads. It’s a customer retention tool that will always require skilled humans intervening that know what to do and how to respond when they get a ping someone is talking about them. Like Chopt and Seamless did with me.