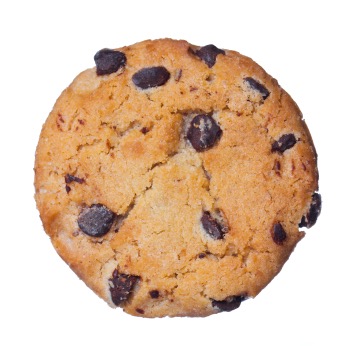 The latest research is showing we are spending half our waking hours consuming media, the growth coming from social media and mobile applications.

That is a staggering statistic!

But just because we’re consuming it, doesn’t mean we’re savvy to its nuances or thinking much about the digital trail of breadcrumbs we’re leaving behind us. Which brings me to this.

#10 You never post anything on social media you would not say to someone’s face.

#9 You know that every moment of one’s life does not need to be captured in a photo and posted on Instagram.

#8. You know those “private groups” on Facebook are not really private.

At the very least the people at Facebook know what’s going on.

You fully understand that every time you join a “free” website it’s not really free. You know you’ve made a trade with your email address. You get access to the other side of the velvet rope in exchange for allowing your actions to be tracked. You know that data is determining what ads show up in your news feed and what connections they think you might want to make.

So you act accordingly.

#7 You know the reason it seems as if you’re being followed by those Frye boots you’ve been thinking about splurging on.

It’s because while you’ve been researching online, your actions were being tracked by cookies and not the chocolate chip variety. Cookies, as in text files stored in your browser that now allow said advertiser to serve up ads wherever you go next until the shelf life of the cookie expires.

Not until you make your purchase. They haven’t created a way to determine that – at least not yet.

#6 You know that even though Snapchat says that messages disappear in ten seconds, you don’t believe it.

At the very least you know it was there long enough for someone to capture a screen shot of what you sent. So you think before you Snap.

You want to make sure that during that last “upgrade” you were not reset back to the networks default settings which in all likelihood are set up to benefit them – not you.

#4 You understand that digital is here to enhance one’s in-person relationships, not to replace them.

When given the option of in-person over digital, you go for it!

#3 You learned a long time ago that the influence of Twitter is far greater than its users.

And you love there is now research to support that influence – like the recent study from MIT that suggests Twitter users can generate better ideas.

#2 You know that potential customers, recruiters and even that cute guy you met on the checkout line in Whole Foods are searching your name to see what they can find out about you.

So you’ve taken control of your online story. You’ve put attention on your digital you.

You know where the power off button is on all your devices and you use it!

You encourage smart phone free dinners with your friends and family. You don’t text and drive. You put the phone away when you’re walking down Broadway on a beautiful Spring day to take notice of the trees in bloom and who is walking by you.

You’re frequently appalled by the number of people who aren’t and whose heads are bent over their phones. You know it’s just a matter of time before they are crushed under a bus crossing the street because their eyes were glued to their Instagram feed.

You feel sorry for them. They think they’re digitally savvy. But you know they’re not. If they were they would know that the #1 sign one is digitally savvy is that they know there are times when you must turn it all off!