You are here: Home / Mindfulness / Digital Life / How One Small Acknowledgment Showed Me The Guru Within 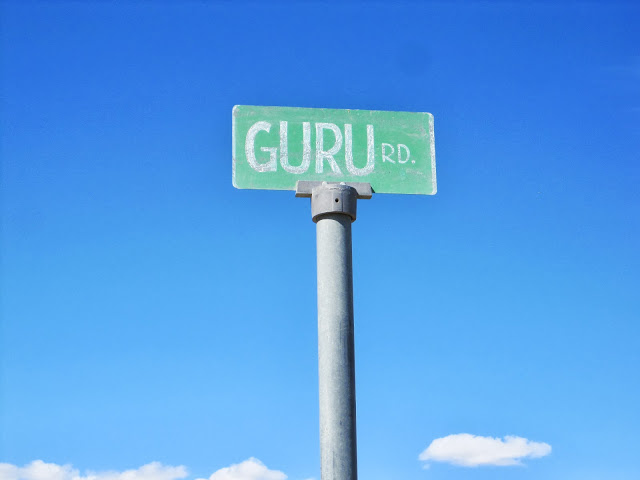 Last week I learned about Guru Purnima. As it was explained to me it is a very auspicious day in Indian culture and occurs each year on the full moon in the Hindu month of Ashadha (June-July). Gurus are the teachers in our lives. They are our sources of learning, wisdom and inspiration. Indians believe that nothing is possible without ones Gurus and they use the occasion of Guru Purnima to express that gratitude to those they consider to be their Guru.

I’ve been lucky to have had my Gurus appear at exactly the right moment at many times in my life and I’ve no doubt that there are yet to be more Gurus on my path but I’ve never considered myself to be anyone’s Guru until I got a note on July 9 from one of my students enlightening me to the significance of Guru Purnima.

I had to read it several times to digest it. I’ve received acknowledgments from my students in the past, but this was the first time any had one called me a Guru. A client once referred to me as their “go to guru for all things digital media.” I remember being flattered but dismissive of that title. I have a long list of titles I’ve given myself, but Guru was not one of them.

I was moved. I was honored. I was filled with a renewed responsibility of the role I have chosen as a teacher both in the classroom and with my private clients. I am aware on a daily basis that what I say and do does have the ability to make a difference in someone else’s life. It’s the underlying goal of my own brand message, but I don’t think of myself as anyone’s Guru.

Guru has always implied having superpowers like Wonder Woman. Most days I don’t feel all that powerful. Yet in receiving this acknowledgment of gratitude and with it the insight to see myself not as I do, but through the eyes of others, I was open to a new understanding of the meaning of Guru.

We talk alot about gratitude in Western culture and the importance of being thankful for the abundance of what we have. We encourage gratitude journals and to get into the practice of making daily lists of what we are grateful for each day whether it is the smell of the roses on the bush you passed, the miracle of air-conditioning or our Seamless app. I believe in those practices, but the experience of receiving this beautiful note made me realize how few of us take the time to acknowledge our gratitude to another human being for the role they are playing in our lives. We don’t stop to remark on how smart we think they are and how moved we were by something they said or did. We don’t pause to put words around the light they may be bringing into our lives.

It seems of late we’re all running around with our head too buried in our smartphones. We’ve started to confuse the heart shaped like on an Instagram photo for a true expression of acknowledgment. We think that’s enough. We count up Facebook likes as a sign we’ve done something right. At the same time we’re quite ready to point fingers and acknowledge all that is not good and right with the world and tweet out messages of hate and vitriol.

I was raised amidst the Greek superstition that if you acknowledge too much, whatever good you’ve been gifted will disappear or if you tell someone how great they are they will get a “big head” and think too highly of themselves. My corporate years reinforced that ideology. Yet neither of those things has occurred as a result of the email I received last week. Instead I was reminded that I’m doing what I’m supposed to be doing and it’s making a difference in one person’s world. It’s also occurred to me that we all have the chance to be someone’s Guru if we allow it. We just have to show up.